Staff Selection Commission or in short know as SSC is a govt institution responsible for recruitment of Group B and C governmental post including filling up technical vacancies. Every year Indians from all over India prepare hard to sit in the SSC exams to get recruited to many jobs advertised in government organizations. 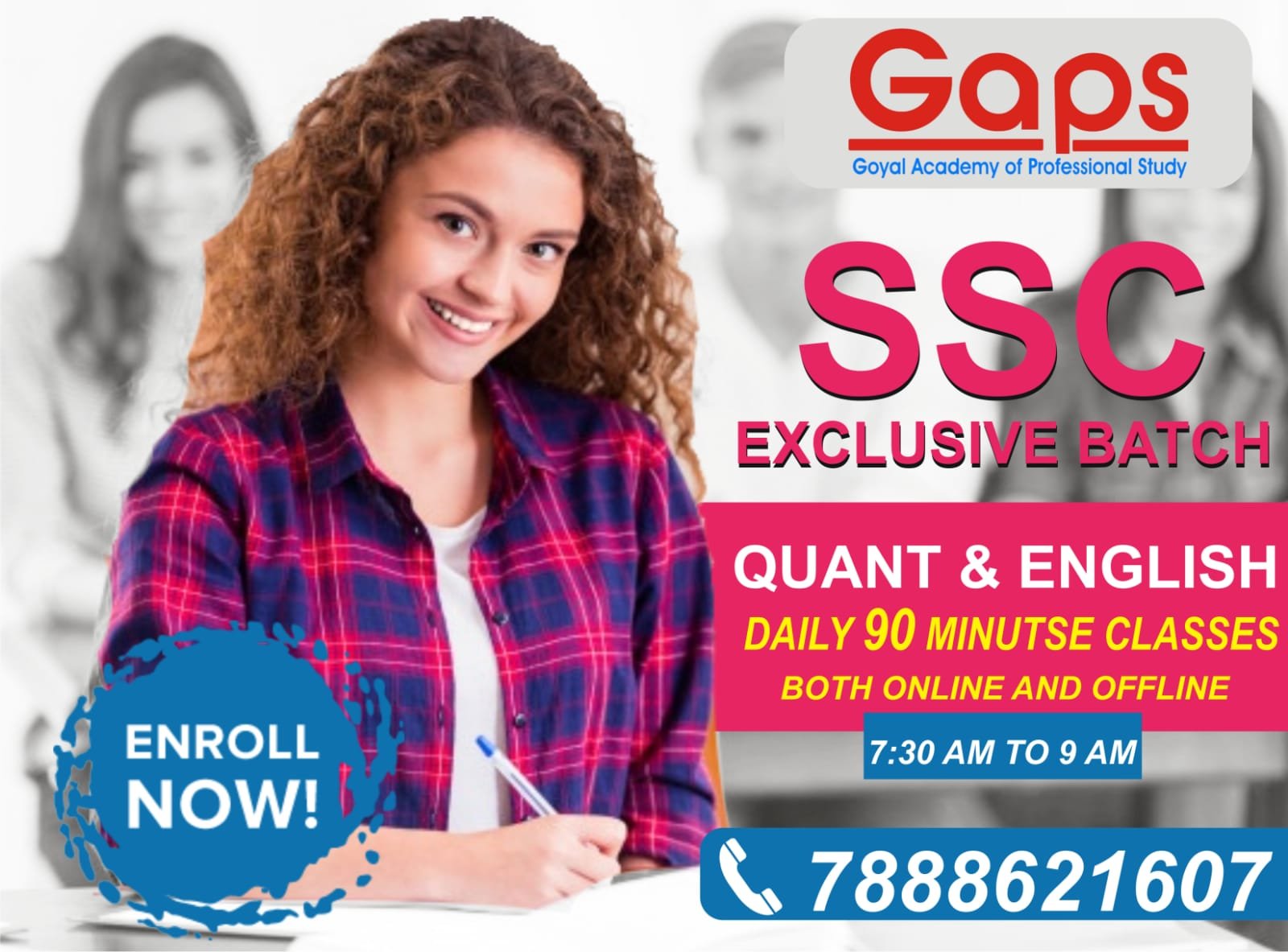 TIER-I : (MODE OF EXAM : COMPUTER BASED)

TIER-II : (MODE OF EXAM : COMPUTER BASED)

TIER-III:(MODE OF EXAM : COMPUTER BASED)

We are the TOP Coaching Academy providing Best Bank PO Coaching in Kharar, SSC, UGC NET, IAS Coaching in Kharar. We also have an excelent track record for LAW Entrance, Hotel Management Entrance, CTET, HAS, PCS, HCS Coaching in Kharar Mohali. From last 18 years Goyal Academy has emerged as the Number One Academy for various competitive and services entrance exams. Our students follow a strict code of conduct and our Academy has given TOP results for the last many years.

As already mentioned above, the SSC CHSL Tier I is a computer-based exam conducted online. Candidates are given a total of 60 minutes to solve SSC CHSL Tier I paper comprising 100 questions that count to a total of 200 marks (2 marks each question). For each wrong attempt, candidates are penalised with 1/2 marks i.e. 0.50 marks which were 0.25 marks in the previous year recruitments.

Note* – the time limit of 60 minutes to complete the SSC CHSL Tier I examination is extended by 20 minutes i.e. total 80- minutes are given to PwD candidates.

The Tier I of SSC CHSL exam covers questions based on the following sections:

Candidates who qualify Tier I exam are called to appear for SSC CHSL Tier II. The Tier II of SSC CHSL Exam assesses the English/Hindi writing skills of candidates, which is why it is a descriptive type of test. The questions asked in the Tier II paper are based on 10th standard concepts.

The written test of SSC CHSL Tier-II comprises an Essay writing of 200-250 words and Application/Letter writing of 150-200 words. The minimum marks that candidates need to attain in Tier-II exam is 33%.

The SSC CHSL Tier-II test is of 100 marks and the total time allowed to candidates for completing the test is 60 minutes (80 minutes for candidates who are visually handicapped or suffer from cerebral palsy).

The SSC CHSL Tier III comprises a couple of skill tests which candidates need to qualify to get selected to certain government posts. The final merit list of candidates selected for the CHSL exam is prepared after this skill test. The skill test for SSC CHSL includes:

Salient points regarding the SSC CHSL Exam Pattern are: